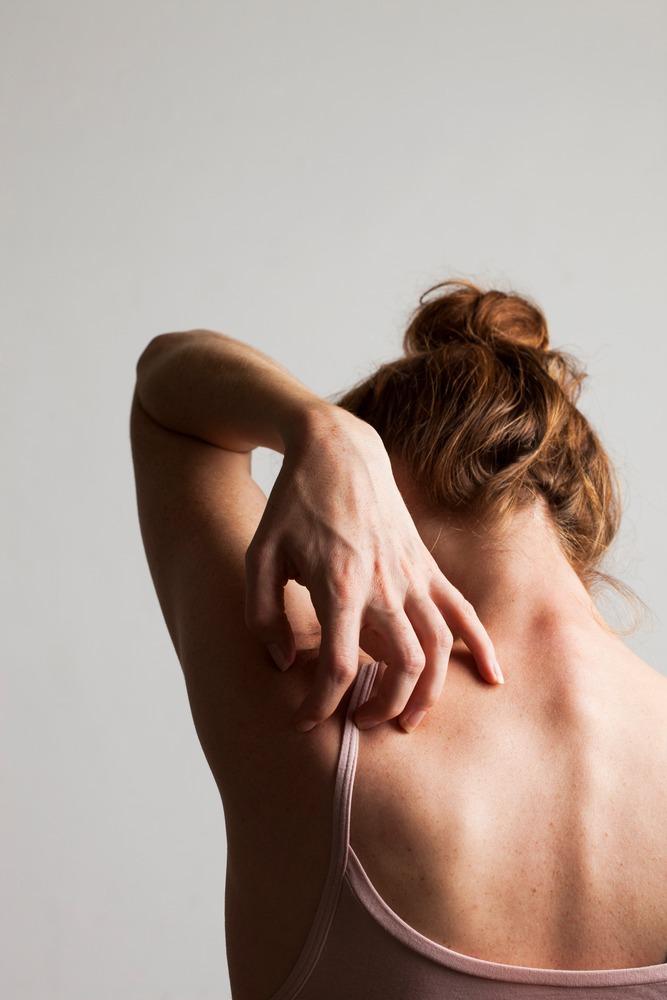 Love to bathe in the sun? Then it’s time to check your face, lips, ears, back of your hands, forearms, scalp, and neck for these signs.

Actinic keratosis is a precancerous lesion that can develop into a carcinoma. It normally appears in sun-exposed areas—as opposed to melanomas, which can appear anywhere on the skin.

It’s typically a patch of raw skin that looks a little like eczema, but instead of appearing in areas of flexure (such as behind the knees or elbows) it appears on the “roof” of the body; the ears, nose, scalp (especially in people with fair skin and not much hair), the back of the arms, the back of the hands. Sometimes it’s not so visible—it might look normal, but feel somehow wrong—or it could be raised, scaly, non-healing, sometimes itchy or burning. When we see a skin lesion with these features, diagnosis can be relatively straightforward.

They’re very common in people who are frequently exposed to the sun—sailors, surfers, beach-lovers, pool-lovers. It’s typical in older men, but can occur early depending on the type of skin; especially with people who have many freckles or who were sunburned when they were a young child when the skin is comparatively weak. They don’t occur as broad rashes, but more like mushrooms—you might have two or three, four maximum, not very close together. On the scalp, however, there can be many. The interesting thing is that they can be mostly invisible, so the skin changes happen much earlier than when the effects can be seen visually.

It’s very important to treat this condition, as the mutations in the cells can lead to the development of squamous cell carcinomas and cancer. The fact is that actinic keratosis has a 10–30 percent chance of becoming, over a period of around ten years, a squamous cell carcinoma. So if we find it, we don’t give it a chance.

There are different strategies of treatment. One of the strategies is “kill on the spot.” You see the lesion and you freeze it or treat it with something that is destructive. Normally on this kind of lesion, it’s not necessary to do a biopsy, you don’t need to make a cut. But most skin clinics choose “destroy on sight.” It’s done repeatedly—once you have some, you have to go back after a few months to check for more.

There are also certain “field treatment” strategies using an immune stimulator called imiquimod. An alternative product is ingenol mebutate, which is derived from the plant Euphorbia peplus. These medicines burn the cancer cells via a direct chemical reaction. Imiquimod increases the skin’s immune awareness toward anything that is strange (and especially viral), which is why we use it to treat warts and cancer. When you put imiquimod on your body, if you have a healthy immune system, it triggers a very strong inflammatory reaction—not only in the lesions that you are treating, but also in the neighboring skin. The visual effect is very ugly, but it disappears after about a week or two and takes with it the existing lesions and any potential ones that are developing unseen. Finally, the skin is rejuvenated, and usually looks fresher and healthier than it did before, free of spots.

It’s good to examine your skin for anything that doesn’t heal, is pinky, scaly or scar-like. Actinic keratosis typically has volume or an atrophy; they can get discolored or have a whitish, spidery aspect. Any lesions like this that are raw and don’t heal should warrant a dermatological check-up. At the clinic, we can examine the skin and do a dermoscopic check to see if treatment is necessary.