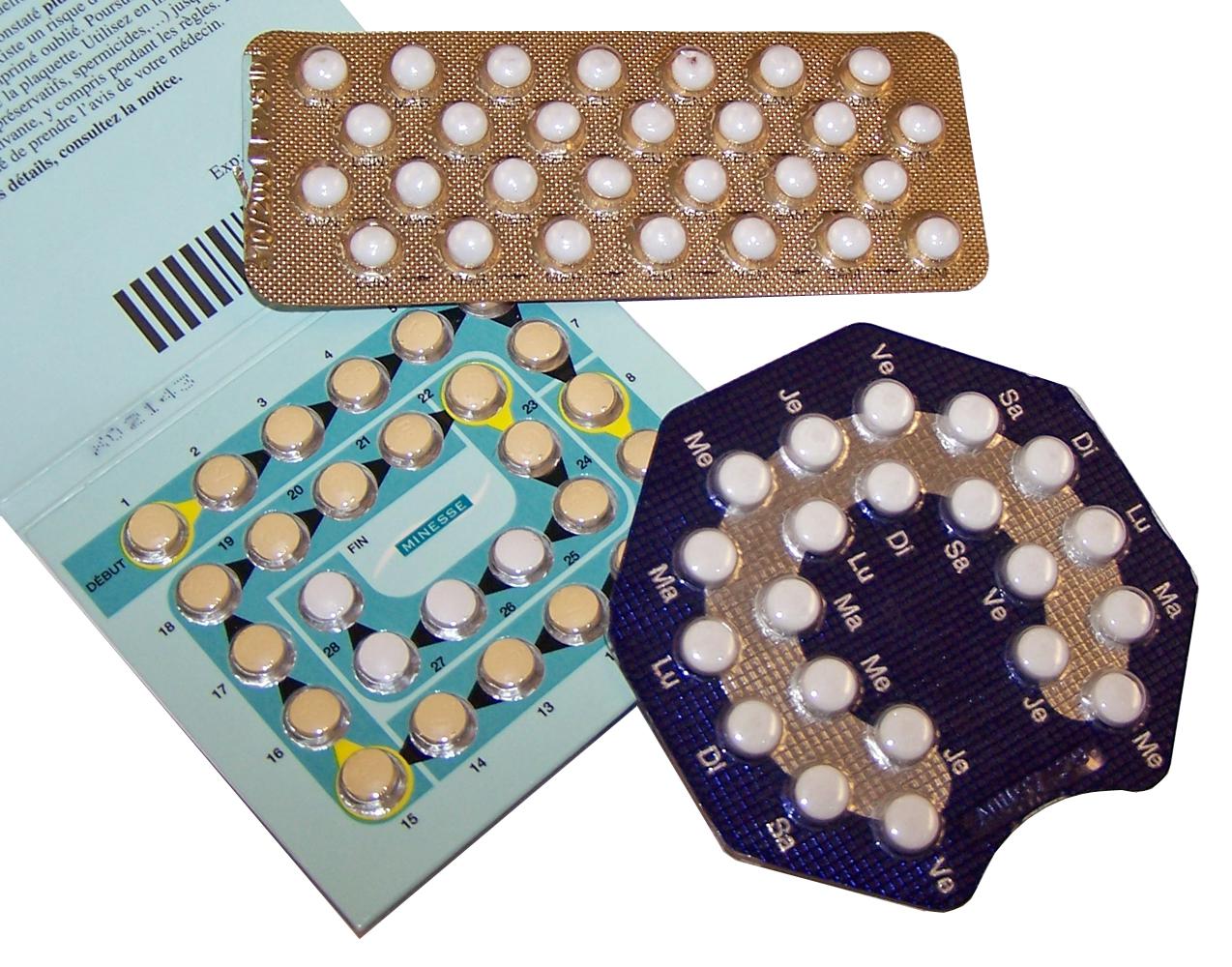 I practice at an international clinic treating both foreigners and locals, but it’s usually my Vietnamese patients who ask me for basic advice about contraception. The lack of knowledge about this important health issue within the Vietnamese community can be staggering.

A large part of the problem is that it’s still hard to talk about this in our society: people want to use contraception, but many don’t even know how to obtain knowledge about it—and while they may search online or ask friends, the lack of education and an embarrassment to talk openly about sex quite often means that they end up with the wrong information. Many local couples practice traditional contraception (the rhythm method and withdrawal) without realizing just how unreliable these strategies are.

My foreign patients at least have a better grounding in terms of the basics, but those with local sexual partners often grossly underestimate their partner’s level of understanding. There are a lot of foreigners here who have faced unwanted pregnancies by presuming that just because their partner seems well-acquainted with international lifestyles, they probably know how to use contraceptives correctly. The truth is that they may be very under-informed. Many local women, for example, may purchase oral contraceptives over the counter without understanding that this medicine needs to be taken on a daily basis, not only on the days they have sex.

One of the consequences of this knowledge gap is that underage pregnancy rates are very high in this country. It’s commonly thought that many young women don’t want to use condoms because they are embarrassing to buy and interrupt sexual intercourse—and I know for a fact that many women consciously choose abortion as a preferred form of contraception. This is very dangerous. I do urge younger people who are sexually active to choose a contraceptive method that actually prevents pregnancy from occurring. If a young woman has an unwanted pregnancy and chooses to have an abortion, it can affect her reproductive health in the future—procedural abortions can scar the uterus and can affect future fertility, and in the case of a late abortion, there is a high risk of haemorrhage. Sometimes when an abortion goes wrong, the whole uterus must be removed.

Traditional methods are still observed by many couples in Vietnam, and it is often the habit of married people to forego modern methods such as condoms because, in their minds, they are associated with unmarried lifestyles. These people may not understand that the rhythm method is only useful in women who have a very regular cycle —although even then there is still some risk of pregnancy, even on “safe” days. Many mature wives often choose to sacrifice an unplanned pregnancy for economic reasons, and this demographic is a major contributor to Vietnam’s enormous abortion rate.

Most patients who consult with me will have already used a preferred method for contraception. If they want to change, I will ask them about their situation, because the method will only be effective if the client actually wants to use it—that is very important. My advice will also depend on the woman’s age. Married women in Vietnam often prefer the IUD, although for young women, I tend to introduce condoms or the oral pill, and often both. If the woman has already had children and doesn’t want any more, I may introduce female sterilization.

My priority is to introduce oral pills and condoms, although there are several other methods available here. In fact, most contraceptive methods are not hard to come by in Vietnam; we’re not lacking anything in terms of availability. I think the main barrier to progress in this area is to do with the mind. That’s the only thing that prevents people from taking action. They are too shy to learn about contraception, have it, buy it, use it or convince their partner to use it.

Vietnamese women are often resistant to using hormonal methods such as contraceptive pills because they feel they are somehow unnatural, or worry that if they use a method that prevents menstruation, the “bad blood” will not be released from their body. I often need to explain to my patients that hormonal methods are now very safe, as the dosages are lower than they were in the past—but still high enough to prohibit the activity of the ovaries. Previously, high dosages were used that would cause many side effects, such as weight gain or high blood pressure. After many years of study, medical researchers have found ways to balance the hormone levels in these drugs. Those methods that prohibit menses (such as the lunelle injection or the implant, both of which can repress ovulation for around three years) also prevent build-up of menstrual blood from occurring, so it’s normal for women using these contraceptive methods not to have their regular period or to only experience spotting.

Most hormonal methods use a combination of the female hormones estrogen and progesterone. Progesterone is only used on its own when a woman is breastfeeding. After breastfeeding stops, they will be switched to the combined hormone method, which is far more effective.

I still recommend the contraceptive pill as the preferred hormonal contraceptive. Although they do not offer any protection against STIs, they are inexpensive in Vietnam and available over the counter in most pharmacies. They do not prevent menses, have less side effects, and are easy to start and to stop using. I don’t recommend the implant for younger women, because when your ovaries are inactive for such a long time at that age, your ability to restore your fertility is lower and it takes more time for your ovaries to become active again.

Condoms are still the best form of contraception in that they also protect against STIs, although their use remains problematic in Vietnam. Many couples use them incorrectly, putting them on just prior to ejaculation or only using them during menstruation! There are other barrier methods available such as the female condom or diaphragm, but they’re exceedingly rare and not popular at all—I would say that only 1 in 100 of my patients will have even heard of them.

There are few people who are not embarrassed to buy condoms, although for those who just can’t face the salesperson, online delivery is an option. However, many substandard brands are on the market, and expired condoms are often still sold, which break easily. It’s important to check before you buy them or use them—they have an expiry date. Check the foil package too—if it’s broken at all, you cannot use it. Good quality condoms are oily inside; you should check carefully for holes, and after use you must check the condom again by squeezing it to see if there are any ruptures. To use condoms correctly, you must use one every time you have sex, and keep it on until the end.

Doctors don’t often prescribe condoms to patients, but I often provide free condoms in my consultation room, especially to young people. When we talk about condoms, I will remind them that in case of a mistake, you must have another method to support the condom, such as the emergency oral pill. Although the effectiveness of this pill is very low—only 75%—I still advise its use. I advise two methods in case one doesn’t work.

Vietnam is still a very traditional country, and people are so reluctant to reveal personal information about this topic that the statistics we have are not particularly reliable. Culture still represents a huge barrier to people who want to be better informed. Many women will ask me to avoid recording any information about their sexual history or previous abortions, because a woman’s virginity is still an important factor to prospective husbands. Men who fail to contain their ejaculation will still claim to have withdrawn safely, and some women will believe themselves protected from pregnancy based only on “feeling lucky”. Our abortion rate alone has prompted some discussion in government about how to introduce sex education in schools; however, this has yet to occur. I do believe it vital that sex education becomes more widespread here in order to help solve some of these problems. For now, it remains important to be very cautious in practicing safe sex in Vietnam, and I would advise anyone not to hesitate to consult with a specialist to gain accurate knowledge and to learn how to use a contraceptive method correctly.

Oral Contraceptive (thuốc tránh thai): Available at any local pharmacy. Prices vary from VND10,000–150,000/blister pack. Always consult a doctor for advice on the right brand for you. Popular brands include Mercilon, Drosperin, Rigevidon, and Diane35.