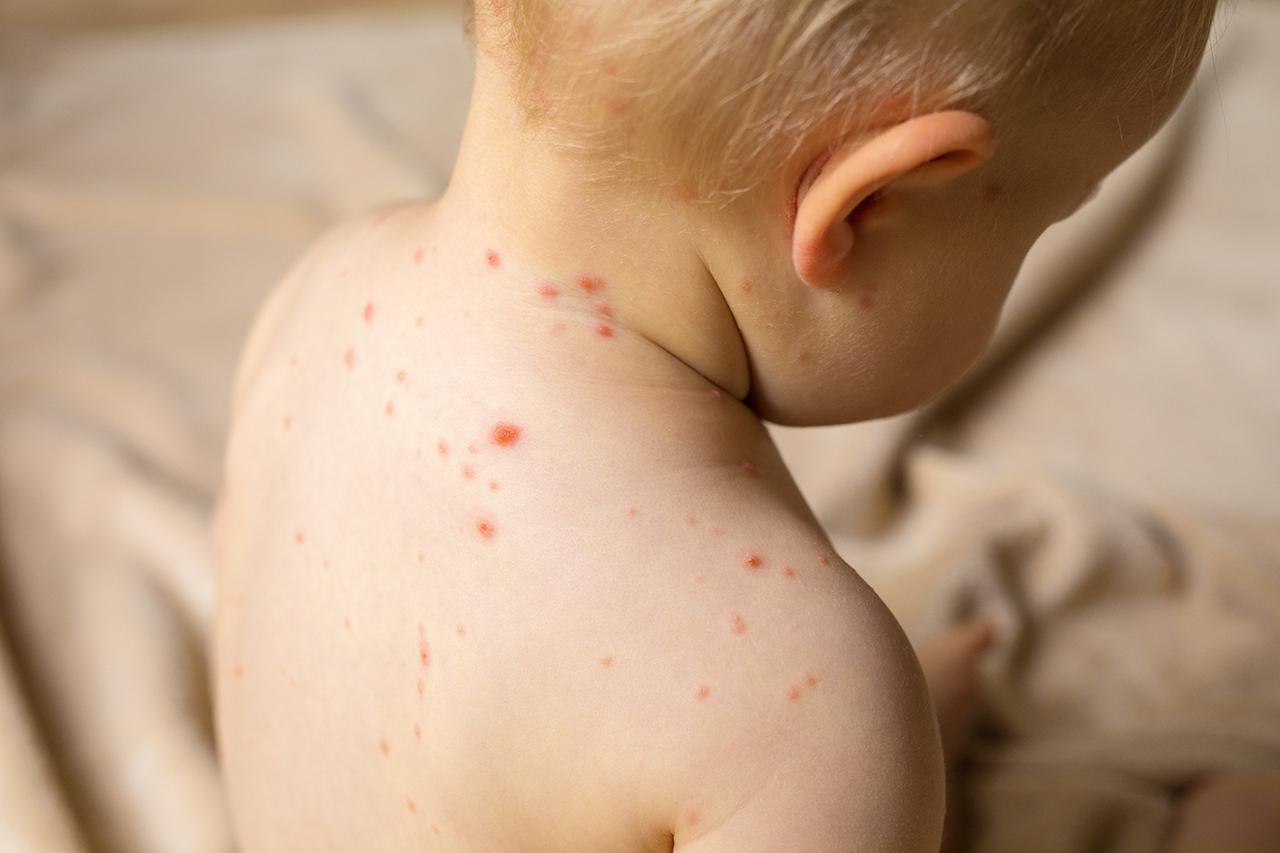 Chicken pox affects both children and adults. It is generally a mild disease, but it can cause severe complications, especially in babies, adolescents, elderly people, pregnant women and people whose immune system is compromised (e.g. those under steroid treatment, cancer therapy, who have certain genetic disorders, or who suffer from HIV). Typically, chicken pox presents as a mild fever and rash that spreads over a period of 5–6 days and then resolves. It takes about 10–21 days from the time of infection until the time when symptoms appear. A person can be infectious to others while still well, a day or two before becoming sick. The infective period lasts until all the lesions become crusted and dry.

Chicken pox is known to suppress the activity of the immune system and can cause rare but severe complications:

Infection and inflammation of the brain, that may lead to severe neurological damage and death.

Due to the virus itself or a secondary bacterial complication. The pneumonia can be severe and lead to respiratory failure and need of mechanical ventilation support.

Chicken pox lesions can allow bacteria to penetrate through the skin and cause severe skin and soft tissue infections. It may even spread throughout the body and develop into a multi system failure and shock.

Pregnant women tend to develop much more severe chicken pox, and are at a higher risk of developing the above complications.

The chicken pox virus can endanger the fetus as well. It can affect the skin, skeleton, brain and eyes. It causes neurological damage, a smaller head (microcephaly) and a smaller baby. It may even lead to miscarriage. Later on, the child may suffer from cataracts,

blindness, learning disabilities and mental retardation. If the mother contracted the virus close to delivery, the baby is at high risk to develop a severe chicken pox infection.

The chicken pox vaccine can significantly reduce the risk of contracting the disease and can prevent these complications.

Every child needs two doses (the first is given between 12–18 months) at least three months apart.

Every woman who plans on becoming pregnant should have her immunity checked, and if needed, receive a booster prior to conception. Since the vaccine is live attenuated, it is not recommended during pregnancy.