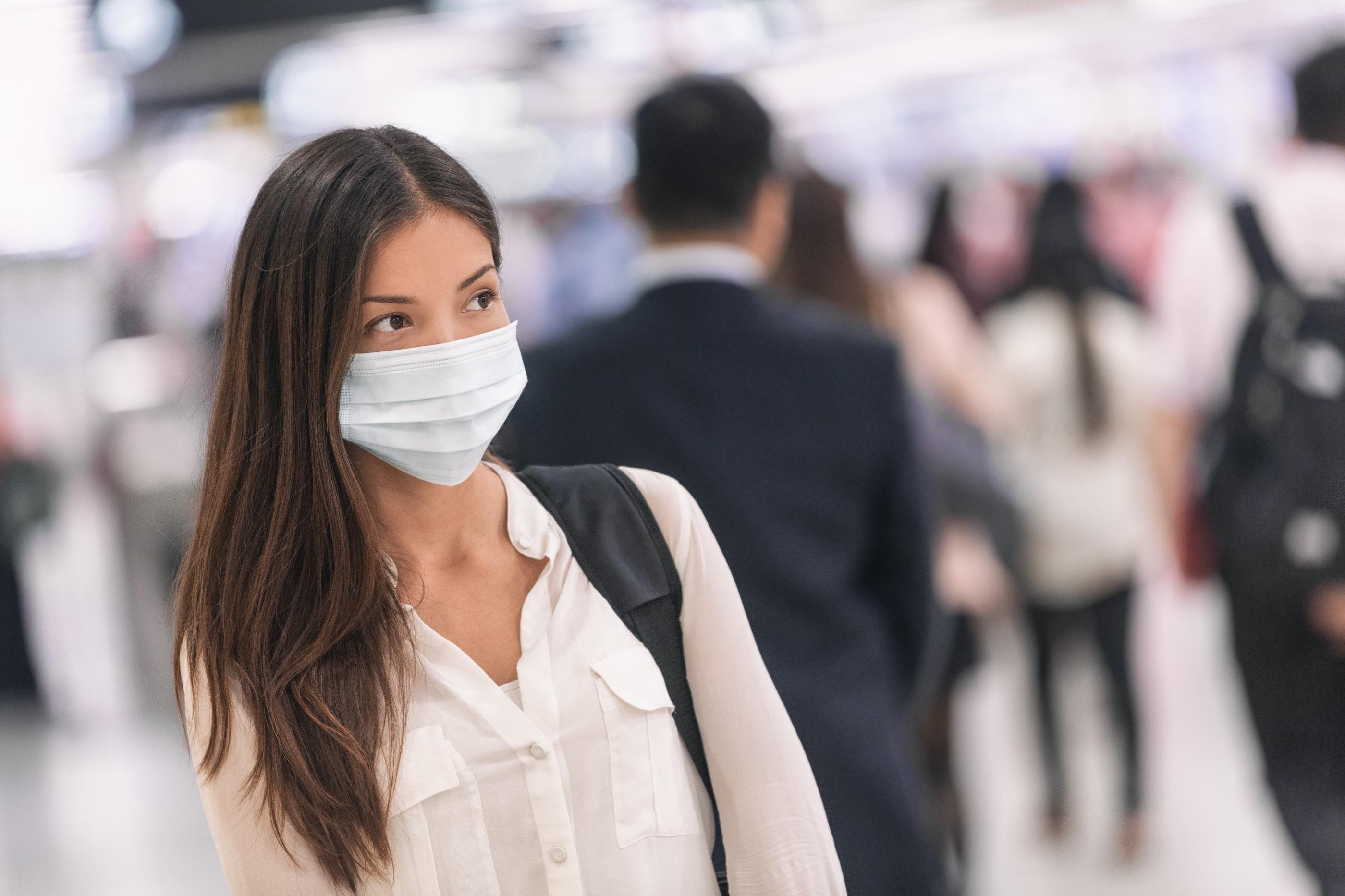 Coronaviruses are a large family of viruses that infect mostly animals, although a few of them have spread to humans as well. The infections they cause can range from mild to severe. The most common members of this family that regularly infect many people around the globe are known to cause a mild upper respiratory tract infection—the common cold. Some others coronaviruses can cause more serious and deadly diseases such as MERS (Middle East Respiratory Syndrome) and SARS (Severe Acute Respiratory Syndrome).

A new strain of coronavirus, now called COVID-19, recently emerged in Wuhan city, in China’s Hubei province. The outbreak was initially linked to a large seafood and animal market in the city of Wuhan, where transmission of the virus most likely occurred via a jump from animal to human. But currently there is a growing debate about where and how the infection started. While MERS was caused by a coronavirus that jumped from bats to camels and then to humans, the new coronavirus seems to have originated in bats that jumped to snakes and then humans who either consumed it or otherwise came into contact with the infected animals. But this theory is still not proven, and a deep investigation on this topic is now underway.

These viruses were initially thought to have only been transmitted from animals to humans. This presumption was later contradicted by the discovery, using mathematical models, that the viruses were highly contagious and could be transmitted from person to person. Now it is evident just how easily and frequently infection from person to person can occur, and what is the cause of the deep concern about a global pandemic.

The virus replicates within humans cells by using our own cellular machinery against us. A virus is actually just a ball of genetic information that uses a biological host to multiply from one to millions. Just as any written information would require ink and paper to form a book, so too does the virus need the materials available within a host to reproduce itself, as it has no cell structure of its own. When it infects a person, it hijacks the body’s cells, each of which contains ample biological machinery—the equivalent of loads of paper and ink—to produce millions of copies from one single viral invader.

Just as the hepatitis virus targets the liver, COVID-19 targets the lungs, where it causes respiratory inflammation. In most cases, the symptoms it causes are similar to those of the common cold, such as dry cough and fever. In severe cases, especially when the patient has some preexisting risk factors (such as old age or comorbid conditions) the infection causes pneumonia-like symptoms—for instance, a progressive cough and difficulty in breathing with severe lung inflammation

The time from exposure to the appearance of symptoms is usually between 2–21 days. Because of the long incubation period, the virus can be transmitted during this asymptomatic phase. This came to light during cases in Germany where the virus was transmitted from a Chinese woman to a number of German colleagues before her infection became evident for her. Such a situation can be precarious, as monitoring the spread of the virus could become extremely challenging.

Also, the virus poses a higher risk in colder regions because it survives longer on surfaces at low temperatures, which makes it difficult to contain in places with large populations (such as Wuhan) during the winter. Even with the world-class hospitals and highly skilled medical staff and scientists they have in Wuhan, the infrastructure wasn't enough for the sudden surge in severe pneumonia patients. Also in the early stages of the epidemic at least 7% of medical staff in the region—including doctors and nurses—were exposed to the virus while treating infected patients due to the lack of preparedness and shortage of beds. This made controlling the outbreak more daunting for the Chinese authorities. Since that time they have taken a more cautious approach along with other authorities worldwide. Crucial information has been released by Chinese scientists and medical practitioners in other countries as cases of the infection are reported around the world.

Since the virus can't sustain itself for long in high temperatures, on top of the government closing schools, there have been relatively fewer cases in places like Ho Chi Minh City, which has a warmer climate. Still, the virus has taken almost 3000 lives globally out of 85,000 cases of the infection that have been officially reported. The preliminary fatality rate of COVID-19 is around 2% in China (but in China excluding Hubei province, it is just 0.16%) in comparison to 9.6% for SARS and 34% for MERS.

However, as SARS affected just 800 people and MERS around 2500, it is evident that COVID-19 is far more contagious. Therefore, it poses a higher risk than influenza—which has infected more than 25 million people but has a fatality rate of 0.1%. If the spread of the COVID-19 contagion goes unchecked, it could lead to a much higher number of casualties than those that influenza has caused so far.

So far, 80% of fatalities have been reported in people aged more than 60. Moreover, 75% of those who succumbed to the infection had underlying chronic diseases such as diabetes, asthma, high blood pressure and/or cancer. The virus seems to affect more men than women—which could be linked to genetic disposition or different hormonal patterns—and children are also less likely to be affected, perhaps related to their higher levels of immunity against the coronavirus. Essentially, adults with low immunity are more prone to infection.

People are advised to consume healthy, well-cooked food and place an increased focus on sanitizing surfaces and maintaining cleanliness. Frequently washing hands and letting sunlight into houses could be of help too.

As the virus is highly contagious, it can spread from an infected person to another person by sneezing, coughing or personal contact. Physical barriers such as face masks can help prevent transmission when someone is close to an infected person. Also, distance should be maintained from people infected by the virus as well as those showing symptoms of the infection.

Any kind of masks will be equally effective here, as most of them provide almost the same level of protection against airborne virus transmission and respiratory droplets in this case. However, when there are no cases in a community, there is no benefit to wearing a mask, and the World Health Organization does not advise people to use mask except in risky scenarios, i.e. when there is a chance to be close to an infected person.

Being in crowded places and traveling to risky areas such as China, South Korea, Northern Italy or even Japan and Singapore may carry a risk of developing an infection. Currently regardless of any personal interest for travel, the government already banned many destinations because of the chance of becoming infected. It is tourism that has affected Vietnam more, contrary to the common belief that its proximity to China is what makes Vietnam more vulnerable to the virus. But the fact is this was not the case, and there are only 16 confirmed cases in Vietnam—most of them related to a group of Vietnamese workers who went to Wuhan for training. It would therefore be appropriate to postpone any unnecessary travel plans. For similar reasons, expats need not consider leaving Vietnam for their home countries, as their risk of exposure while traveling is far higher than it is by staying in this sunny, tropical country.

Lab tests and CT Scans are primarily used to make a provisional CODIV-19 diagnosis. Those suspected of carrying the infection will receive personal health care by medical practitioners and be quarantined. Medical authorities responsible for containing the coronavirus will be notified so that necessary medical care can be provided to the patient, and further proliferation of the virus can be avoided. Test kits are currently limited and are not available to the public or for testing on the healthy.

In case patients experience mild cold symptoms, or do not feel well in general, it’s recommended they take care of themselves at home just as they would when suffering from a common cold, while maintaining a distance from others—especially family and friends. If the symptoms are aggravated or become worrisome, medical practitioners should be consulted for further treatment. Our Family Medical Practice medical centers are observing strict site access protocols to ensure they remain safe and exposure-free places to seek treatment as usual.

There is no antiviral treatment or vaccine available right now. Some studies have already been initiated to derive a cure against the virus, deploying a scientific double-blind strategy where neither the medical practitioner administering treatment nor the patient knows if they are receiving potential treatment or a placebo. This is the only method that can tell us if a treatment is really useful or not. The studies will not be complete for some time, so results will be available in the near few months—however, if proper measures continue to be taken (namely those communicated by medical practitioners and government authorities) and through careful personal care and hygiene, a more widespread contagion can be prevented.